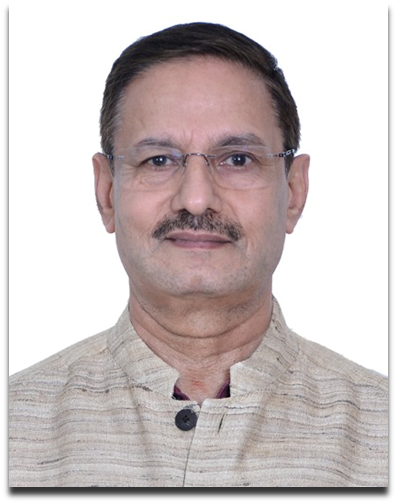 Secretary, Ministry of Electronics and Information Technology, and Secretary to the Government of India

He worked as the Managing Director of Kochi Metro Rail Ltd., Kochi with full additional charges of Additional Chief Secretary (Special Projects-Infrastructure) and Industries in Kerala State, India from September 2019 to March 2021.

Besides Kochi Metro, he was also executing other important projects like Kochi Water Metro Project, Reconstruction and Rejuvenation of Canal Systems in Kochi and Development of  Bliss City, an entertainment, wellness and hospitality city in Kochi, Kerala State, India.

Mr. Sharma worked as Chief Executive Officer & Managing Director of the National Industrial Corridor Development Corporation Limited (NICDC) from October 2015 to September 2019.  He was also CEO of National Industrial Corridor Development and Implementation Trust (NICDIT). The Industrial Corridors are being developed by the Government of India as global manufacturing and investment destinations by setting up investment regions supported by the world-class infrastructure and enabling policy framework. The projects are aimed at the development of futuristic, smart industrial cities in India which will converge and integrate eco-friendly and sustainable technologies across sectors. He was also member of the Task Force on Programme/Project management set up by NITI Aayog, Government of India.

As Joint Secretary, Ministry of Road Transport and Highways, Government of India for three years (2012-2015), he handled matters relating to National Highways Planning, land acquisition, forest and environment clearances, review and monitoring of National Highways Projects, coordination with Railways, Defence and other agencies and all matters related to toll and toll policy on the national highways.  He was also Chairman of the Indian Highways Management Company Ltd. and implemented FASTAG system of toll collection.

Mr. Sharma played a key role in branding and promoting Kerala Tourism as ‘God’s Own Country’ during his two tenures spanning over seven years.  During his tenure, Kerala won the Best Tourism State Awards from Government of India as well as various Awards from PATA and other International Agencies. He was part of the core team of the Jawaharlal Nehru National Urban Renewal Mission (JNNURM) launched by the Prime Minister of India in December 2005.