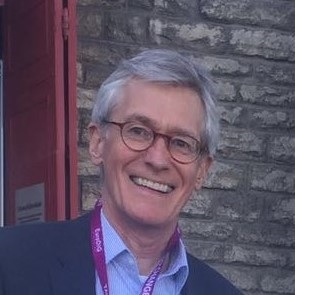 He currently serves as Senior Policy Coordinator Global Internet Governance at the Ministry of Economic Affairs and Climate Policy in The Hague. Furthermore, he is a member of the EU High-level Group on Internet Governance and represents the Netherlands government in the EU Council Working Party on Telecommunications and Information Society.

In April 2015, he co-organized a well-attended and successful High-level Ministerial panel debate on Internet Governance during the Global Conference on Cyberspace (GCCS) in The Hague. Thereafter, he became involved in cybersecurity capacity building initiatives under the umbrella of the Global Forum on Cyber Expertise (GFCE) which was launched during the GCCS2015.

He has served as the Netherlands lead negotiator for the UN negotiations in Geneva and New York on the 10-year review of the World Summit on the Information Society (WSIS), which, among others, have led to the renewal of the IGF’s mandate by the UN General Assembly in December 2015.

This spring, he was re-appointed by the UN Secretary-General to serve a third and final one-year term on the Multistakeholder Advisory Group of the IGF.