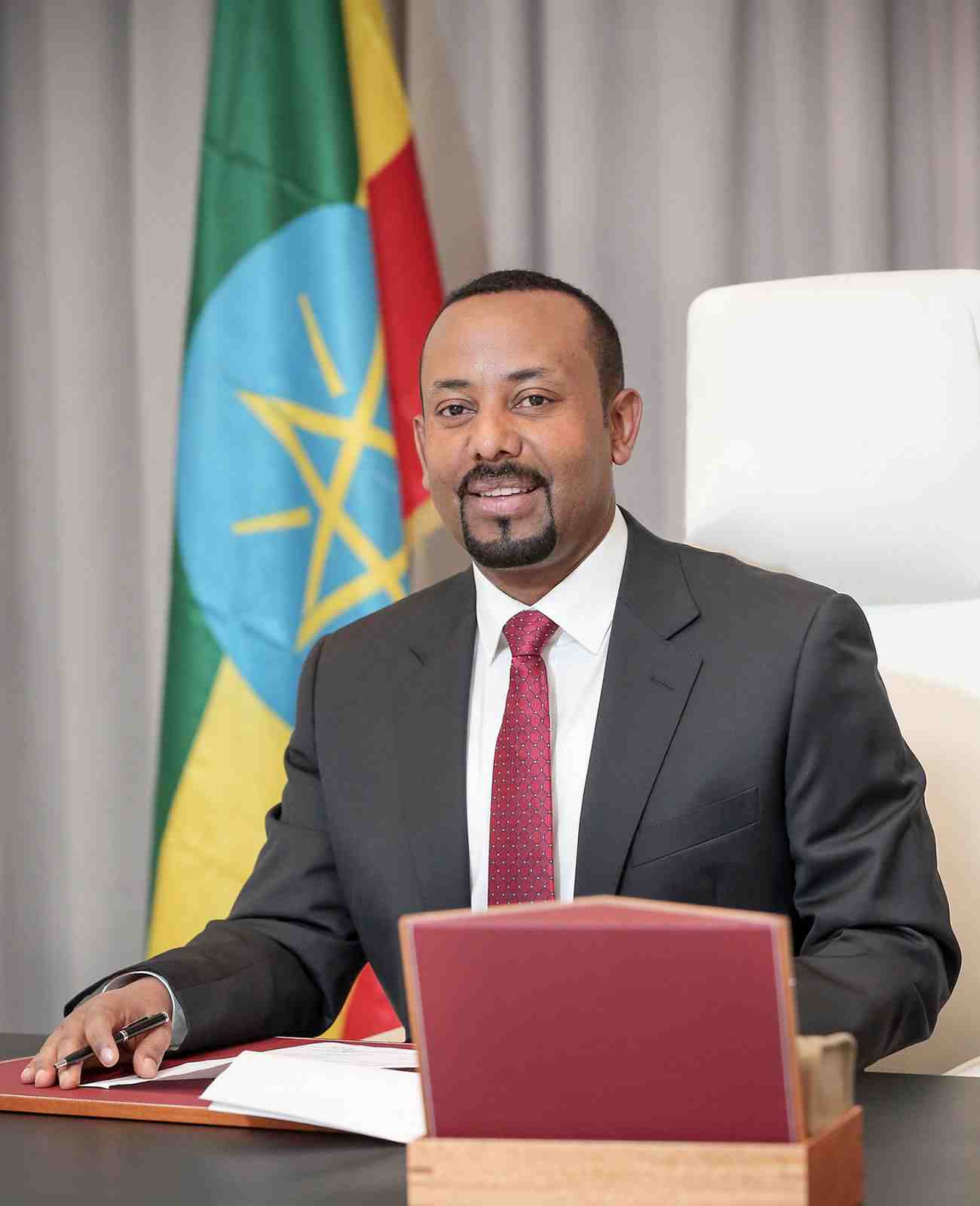 H.E. Abiy Ahmed Ali (PhD) is the fourth Prime Minister of the Federal Democratic Republic of Ethiopia. He was born on August 15, 1976 in the small town of Beshasha, located near Agaro, Oromia. Raised by a Muslim father and a Christian mother, the values of tolerance and understanding across divides were instilled in him at an early age.

H.E. Abiy Ahmed was sworn in as the Prime Minister of the Federal Democratic Republic of Ethiopia on April 2, 2018. Inheriting a divided society, in all his speeches and actions Prime Minister Abiy Ahmed has made national unity, peaceful co-existence, shared growth and regional integration a central theme of his administration. His inaugural speech inspired hope and renewed collective sense of purpose in Ethiopia.

He has rich and wide-ranging experiences serving government in different roles, offering a unique blend of leadership, vision and knowledge in professional and organization skills. Determined to resist the oppression of the Ethiopian people, as a young man, H.E. Abiy Ahmed first joined the armed struggle against the Dergue Socialist regime. While serving at the Ethiopian National Defense Force, he rose to the rank of Lieutenant Colonel. Among his various roles in government, he has served as the Head of the OPDO Secretariat; Vice President of the Oromia Regional Government; Minister, Ministry of Science and Technology; founding Director of the Information Network Security Agency and founder and Head of the government research institute, Science and Technology Information Center.

Since being sworn into office as Prime Minister, he broke with tradition – launching deeper political and economic reforms that swept across the country. An original change agent and a blunt reformer, breaking the walls of division and building bridges of reconciliation and peace constituted the defining themes of his reform efforts. Under his leadership, thousands of prisoners were released; open discussions and consultations held with opposition political parties – some of whom were previously dubbed as "terrorists"; a historic rapprochement and peace agreement was concluded with neighboring Eritrea; a transformational agenda for legal and justice sector reform has been set in motion; and some of the largest public enterprises are to be partially privatized as part of a broader market liberalization and economic reform agenda.

Prime Minister Abiy Ahmed holds an MA in Transformational Leadership, a Master's in Business Administration and a PhD from the Institute for Peace and Security Studies of Addis Ababa University. He and his wife—First Lady Zinash Tayachew--are proud parents of three daughters and a recently adopted son.