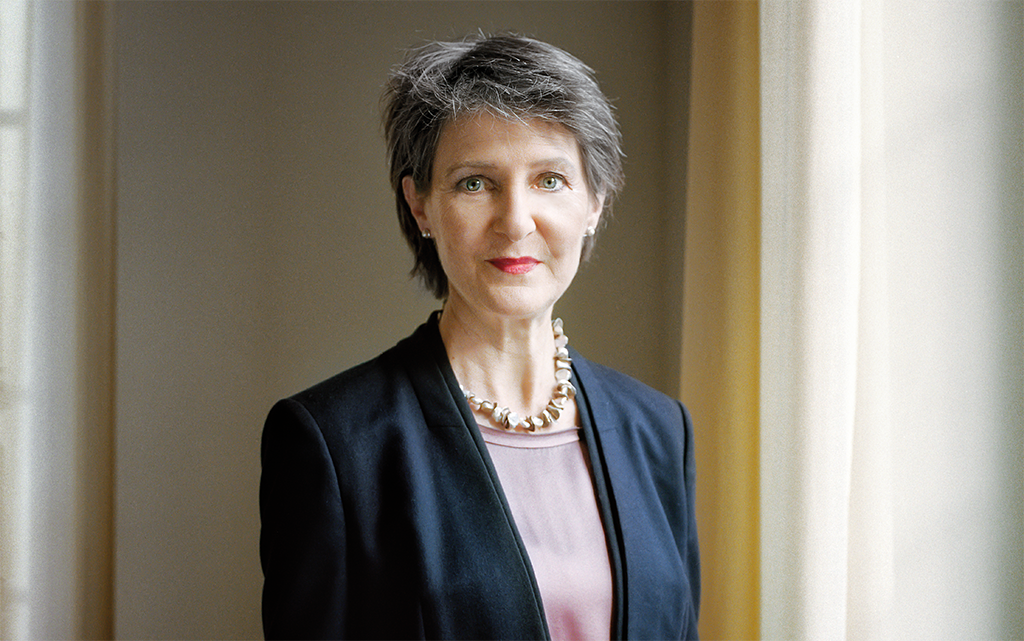 Head of the Swiss Federal Department of the Environment, Transport, Energy and Communications

Simonetta Sommaruga was born on 14 May 1960 and grew up in Sins in the canton of Aargau together with her three siblings. After obtaining her academic baccalaureate, she attended the Lucerne Academy of Music where she studied to become a concert pianist. After travelling widely, she continued her pianist and educational career at the Fribourg Academy of Music.

Between 2003 and 2010, she represented the canton of Bern in the Council of States. She sat on the Economic Affairs and Taxation Committee and served as its chair between 2007 and 2009; she was also on the Social Security and Health Committee, and served as vice chair of the Environment, Spatial Planning and Energy Committee. She was also vice president of the Swiss Delegation to the EFTA Parliamentary Committee and for relations with the European Parliament.